This guide is a starting point. For full details on correctly citing resources and creating references, please consult
the Publication Manual of the American Psychological Association, 7th Ed. (2020), or Cites & Sources, 6th Ed. (2021).

Please Note! Library staff do not teach APA, and cannot evaluate or correct work. If you need help with APA Style, please contact your instructor.

A Note About Authors for Films & Videos

The "author" for a film, video, or other types of audiovisual resources is determined by the type of media. The chart below, adapted from a chart on page 341 of the Publication Manual of the American Psychological Association, 7th ed, shows who should be included as an author for different types of media.

How Do I Cite Films & Videos?

Remember! When the title of a film is in a different language from that of the paper, include a translation of the title in square brackets (9.38).

Please Note! When a series spans multiple years, include both years as part of the date, and separate the years with a dash. If a series is still in production, replace the second year with the word "present", e.g.: (2012-2018) or (2016-present). 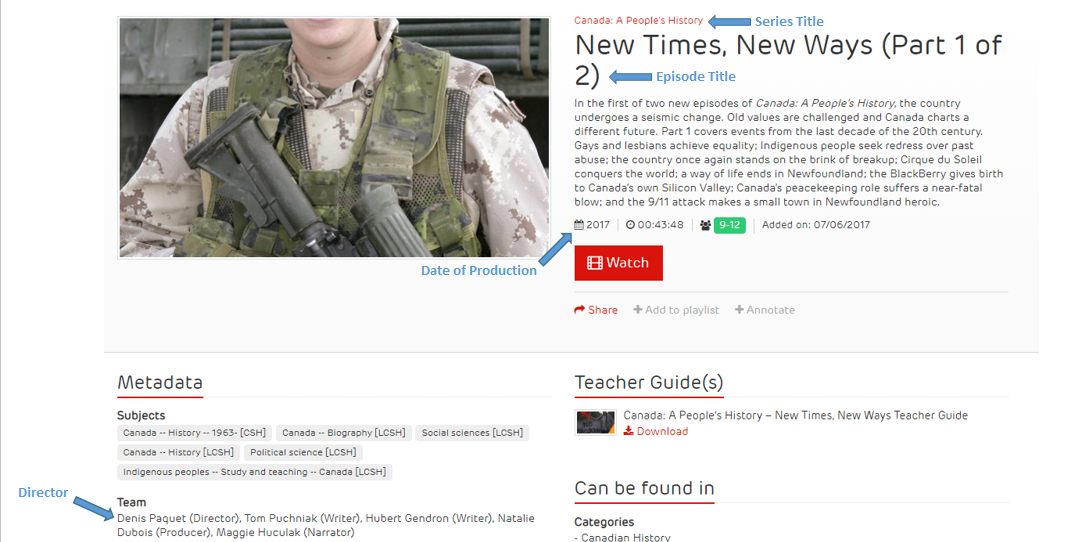 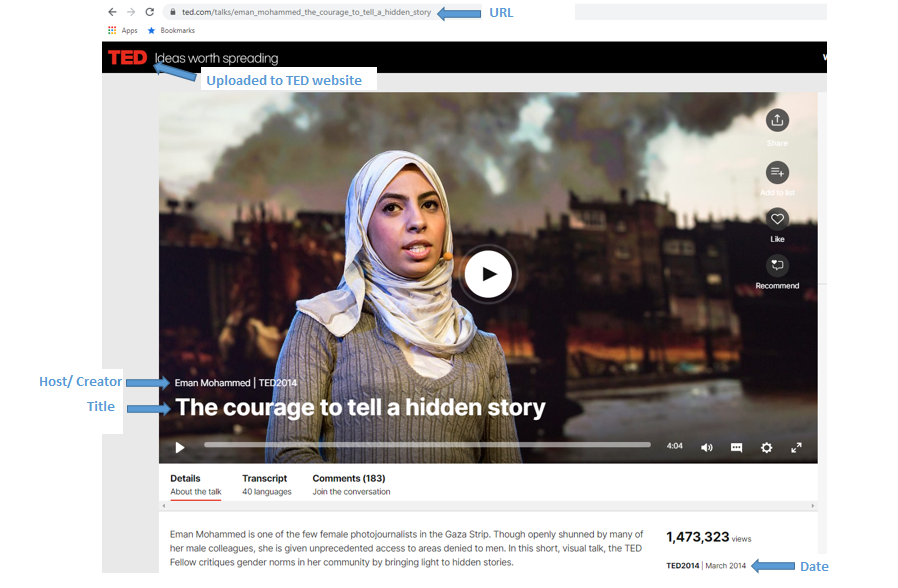 Please Note! TED Talks can be found on both the TED website and on the TED YouTube channel. If the video being cited was watched on the TED YouTube channel, cite the source as a YouTube video with all of the information as it appears on the YouTube upload, e.g.: Mohammed, E. (2014, September 24). The courage to tell a hidden story. [Video]. TEDTalks. YouTube. https://youtu.be/9Eobo04R7-Y 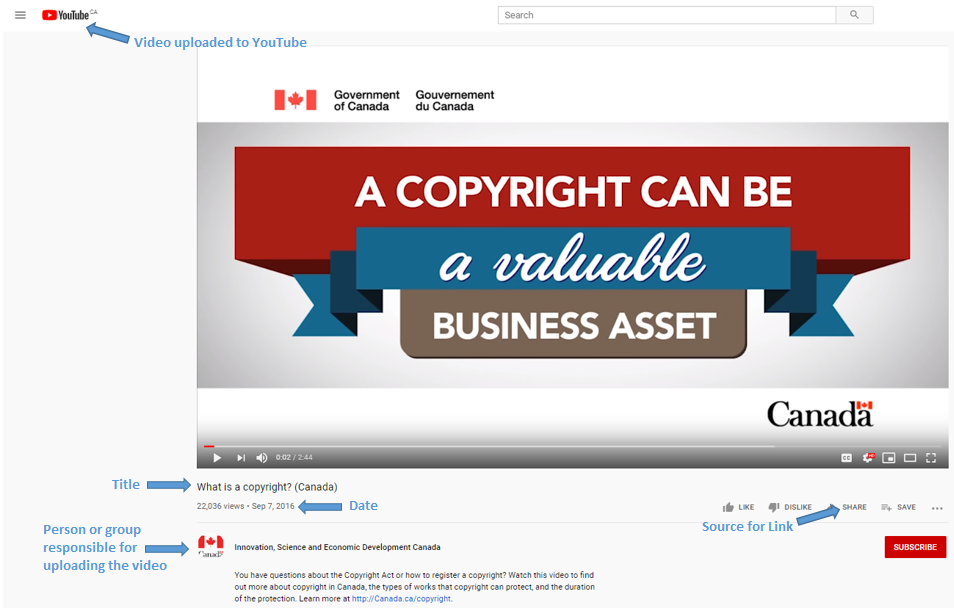 This guide is based on the Publication Manual of the American Psychological Association, 7th ed. (2020). Library staff have reviewed the information in this guide, and to the best of our knowledge, it is accurate. However, mistakes do occur. Students bear sole responsibility for ensuring that their citations are correct, and that their assignments meet the criteria laid out by their instructor. Students are encouraged to contact Peer Tutoring or the Writing Clinic for assistance.