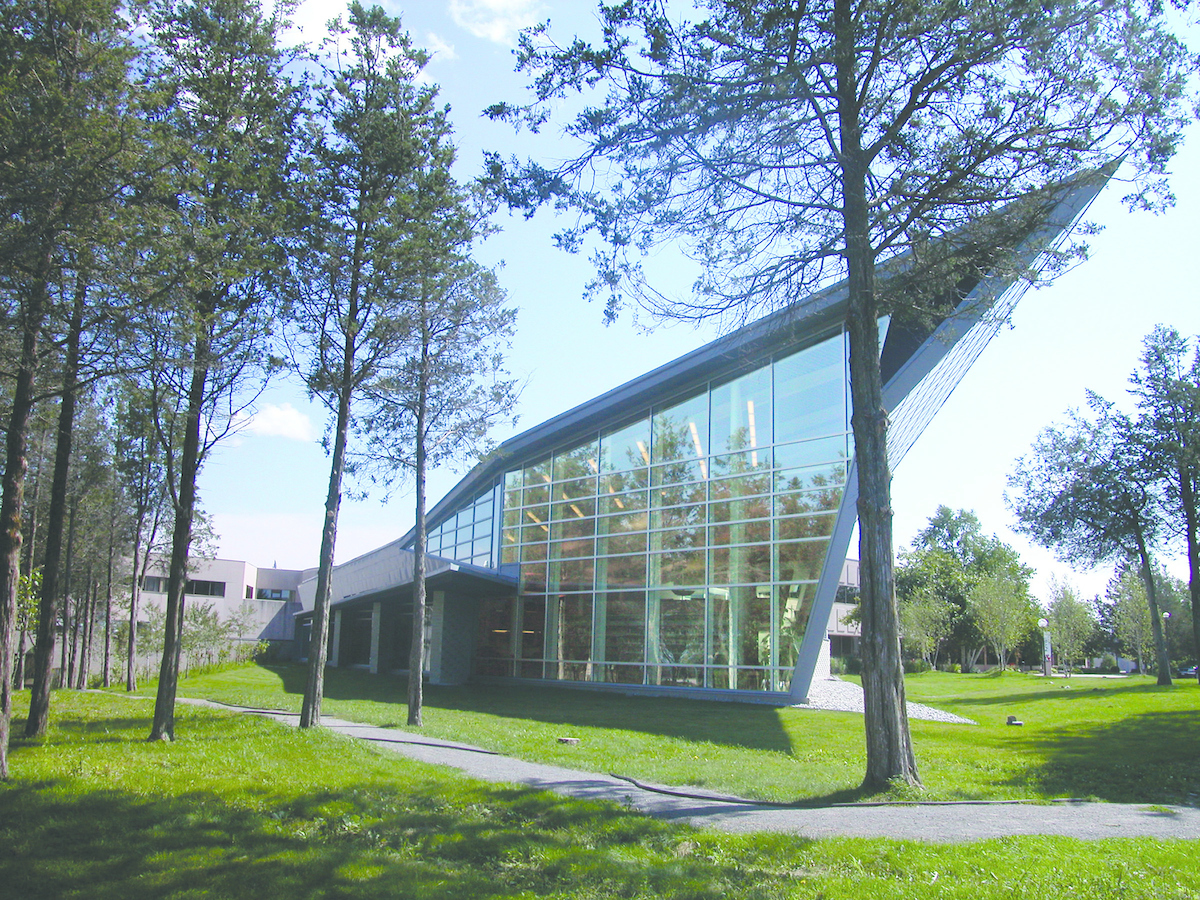 The Parrott Centre (library) is located at Loyalist College’s main campus in the Kente Building.  The 12,000 sq. ft. facility is open 6 days/week to faculty, staff and students registered in post-secondary, post-graduate, distance/continuing education and other programs.  A staff of 8 full and part-time workers provide services to approximately 3,000 full time students (domestic and international), as well as part-time, continuing and distance education and apprenticeship students.  Distance education students access services from locations throughout the world. In support of Loyalist’s programs, the library offers a broad collection of resources for research and study -- approximately 23,000 print titles, 555 DVDs, in excess of 445,000 ebooks, and over 91,000 streamed video titles.  In addition, approximately 146 individual databases provide journal articles, encyclopedia content and other types of information to round out research needs.  The library receives in excess of 77,000 visits annually.

Quick Facts about The Parrott Centre

* Our collection is constantly changing, these numbers may fluctuate accordingly.

Loyalist College first began as a southern campus to Sir Sandford Fleming College and shared space with Centennial Secondary School. At that time, the Library started with 4,000 books. Two years later, Loyalist College had moved to its present site on Wallbridge-Loyalist Road. In 1971, the Library was located in the Pioneer Building where the collection had grown to 11,000
books. The head librarian was Mrs. Mary McConnell who held the position until 1978.

The Library collection was expanded when the Nursing School at Belleville General Hospital moved to the Northumberland Wing at Loyalist bringing the book collection to the Library. Ron Boyce became Manager of the Library in 1978 and retired as Director, Educational Resources in 1992. By 1984, the Audio-Visual Department had grown to house a collection of 1,000 videotapes, 780 16mm films, as well as slides and filmstrips. In 1987, the Library took over the issuing of academic upgrading texts from the bookroom in the Pioneer Building. However, these class sets were kept in the Library workroom and not incorporated into the main collection. Saturday openings were attempted in 1975 but failed due to lack of use. In 1990, it was attempted again with full-day service but again, due to lack of use, the library was only open Saturday afternoon. Today, the library is open seven days a week including weeknights Monday to
Thursday and weekends during the day. In addition, our databases can be accessed 24 hours a day, 7 days a week.

In 1991, the Audio-visual collection had grown to include 1,600 videos as well as the films, kits, etc. Beatrice Lo became Director, Educational Resources in July 1992 until her retirement in November 1996. On January 26, 1993, Q-line was introduced to Loyalist College. This linked the Queens University Library catalogue to Loyalist College via a Telnet connection. In 1994, the Library acquired the CD ROM product GPO (General Periodicals OnDisc) This was just the start of the many CD-ROM and Online products  available in the Library. In the summer of 1995, the Library was re-carpeted in a lighter purple than the original, however, the orange chairs still remained.

In November 1996 Sally Wight officially took over the role of Director, Educational Resources. One of the first challenges she faced was a leaky roof in the Library. This could have posed some serious problems with all the computers in the Library, however, anything electrical was moved a safe distance away until the leak was patched. In conjunction with the 2003 double-cohort, Ontario Superbuild provided funding to create more spaces for the anticipated increase in enrollment in September 2003. The groundbreaking ceremony took place September 20th, 2002 to begin construction of a new Library to the North of the College, adjacent to Admissions.

To facilitate renovations to the existing space, the Library moved to portables at the back of the College in December of 2002. It would remain fully functional in portables (with closed stacks) until the move to the new facility.

The former Anderson Centre for Information Resources would be renamed The Parrott Centre as thanks to a generous donation of $1 Million dollars from Mr. and Mrs. Jack Parrott. The official opening of the Parrott Centre was January 29th, 2004 with newly appointed Library Director, Ross Danaher taking over for Sally Wight.